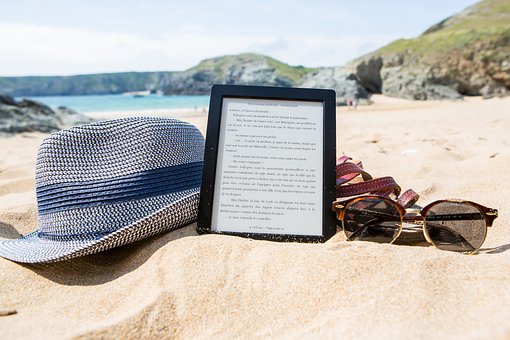 I love reading a book in one big gulp during the summer holidays. My favourite this year was ‘Unsheltered’ by Barbara Kingsolver.

The present-day story is about a family dealing with the fall out of a number of shocks related to their family, their careers, financial situation and living in a house that is falling down around them.

It is interwoven with a story set at the time Charles Darwin published his theory of natural selection (in 1859). Here, a science teacher is living at the same address as the present-day family, and is also struggling with financial and housing woes while facing stiff opposition from his principal to teaching anything about Darwin’s theory. Speaking up for what he considers to be true puts his livelihood and marriage at risk.

Apart from recommending this book as a great read, I’m writing about this because it has so much resonance with our work in the local government sector. It’s a book about adaptation on multiple levels.

Some of the challenges ahead of all of us include transitioning to a low-emissions economy, finding new ways to fit into the economy as technology changes the types of work we can do, as well as adapting to climate change impacts.
​​
In ‘Unsheltered’ Barbara Kingsolver gives readers insight into how it feels to suddenly become a whole lot less secure even when you’ve played by all of society’s rules and feel like you shouldn’t be in an insecure situation. Everyone responds differently. For example, within Willa’s family she is the worrier and her husband is more naturally optimistic that it will all work out. Her son gets involved in the new economy of carbon credit trading while her daughter focuses on doing more with less resources. And Willa’s father-in-law just turns pro-Trump talkback radio up louder, doggedly refusing to consider the reality of how the world is changing.

It’s a really valuable reminder of how people are likely to feel and to react as the local government sector takes actions which affect people’s homes, such as writing rules related to coastal and flood risk hazards, or considering a reduction in infrastructure where this is becoming unsustainable.

Just as in Darwin’s day, when a paradigm shift occurs we can’t ignore the facts, or avoid taking action — we just have to be prepared for a big range of responses and be open to finding new ways to adapt to changing conditions.

P.S. Here’s a summary of Darwin’s four principles of natural selection, as outlined by Thatcher (the science teacher in ‘Unsheltered’).
1. Individuals within a population have variable traits.
2. Traits are inherited.
3. More plants and animals are born than live to old age.
4. Survival is not haphazard. Creatures differ in their ability to survive, not by chance but owing to traits they inherit.

For example: “Among speckled rabbits in snow country, fortune falls to those whose coats are white, like the Arctic hare, which hides well from its enemies. The hare did not decide to become white. It benefited from generations in which lighter colour won out. This is called adaptation. It can be a structure, like the rabbit’s coat. Or a behaviour.”

P.P.S. If you enjoy ‘Unsheltered’ I also recommend: