Compost bins and worm farms: a review of the options 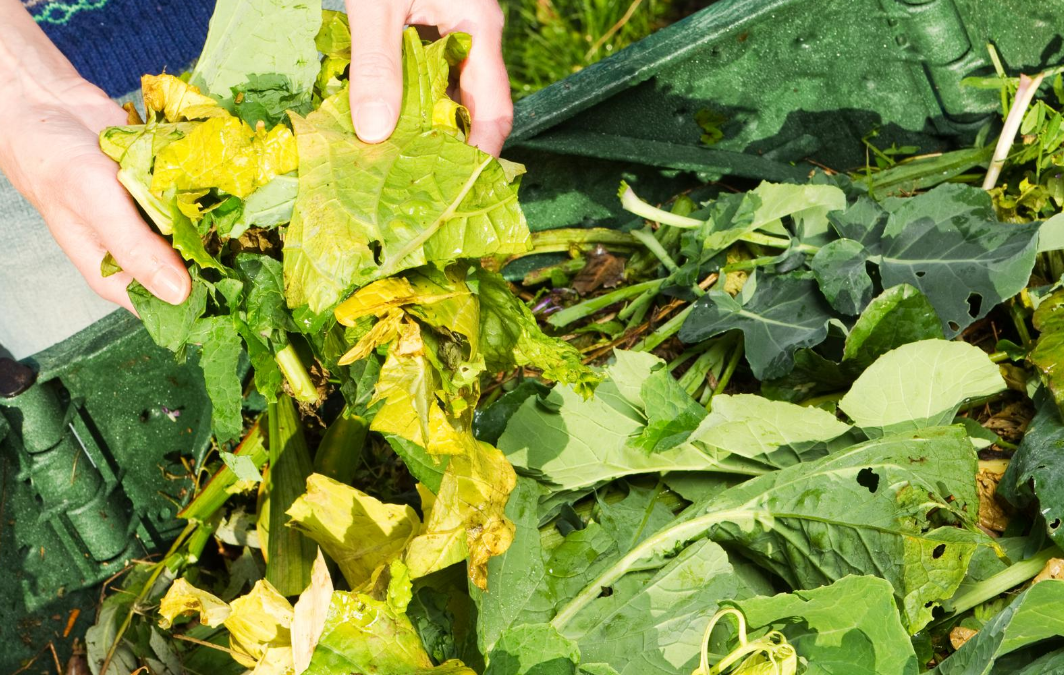 There are multiple reasons why councils around the country want to keep food waste out of the landfill — to reduce greenhouse gas emissions, to benefit soil health, and to extend the life of landfills.

The two broad options are to put your food waste out for community collection (where this option is available) or to process your own organic waste and reap the benefits on your own property.

Putting food waste out for collection is ideal if you don’t have a garden. For everyone else, here’s a review of the pros and cons of my different compost bins and worm farms.

As a general principle, you can have compost bins alone, or you can have worm farms and compost bins. That’s because worms are a bit fussy — they don’t want your orange peels, onions and leeks, and will recoil from anything with chilli on it. Oh — and they would like their food chopped up into small pieces if at all possible, if it wouldn’t be too much trouble … and that’s a no to meat and dairy, and they would prefer not to have too much bread or other processed foods.

In addition, worm farms aren’t suited to taking on loads of grass clippings. They can take on a bit of older material, but not a whole yard full. That’s because grass clippings heat up as they decompose — and worms do their best work with a temperature range between 0 and 35 degrees Celsius.

The two types of compost bins I have are a tumbler bin and two standard black bins.  The standard bins, which look a lot like this 220L compost bin, have an open base, so worms can come and go as they please, but aren’t likely to hang around as the compost heats up. In this case, the heavy lifting of breaking down your food is done by microbes — who are a whole lot less fussy about what you feed them than the worms. (Just make sure to measure the width of the bin before buying, to make sure you can get it into your car!) You can also buy compost bins which you need to assemble yourself, but will be easier to transport.

The key downside of these types of open bottom bins is there is a chance of mice finding the warmth and the regular inputs of new food a congenial environment, particularly in winter. Opening a bin in spring to find a nest of baby mice in there is no fun. Regular aeration of the composting material is ideal to speed up the process but I find this doesn’t tend to happen very often with the simple compost bins due to the amount of effort required. (You can do this by lifting up the bin, placing it somewhere nearby and refilling it with the composting material.)

After that experience with the mice a few years ago I upgraded to a tumbler compost bin. This is where I now put most of the food coming directly from the kitchen that the worms don’t want. This is a good option to avoid mice incursions, and to easily aerate the material every few days. Once that material is semi-processed (and hopefully unappealing to mice) I put it in the black bins. I recommend this robust 180L compost tumbler at a cost of $149. I previously had a 220L compost tumbler (at $249), but when full, it was very hard to turn, and after a few years one of the lids broke, meaning I couldn’t tumble the compost anymore.

If you limit the amount of lawn clippings in your tumbler (putting most of that directly in your black bins), you can also have a thriving worm population in your tumbler bin, because the compost won’t be heating up too much. However, the disadvantage of only having worms in a tumbling bin is the lack of a way to farm these worms, in terms of gathering worm juice and castings.

I have bought two Hungry Bins since March 2020, and they’re amazing. They involve a continuous flow system, which means you put the food in at the top and the juice and the castings are harvested from the bottom. This is by far the best option if you want a simple, low maintenance worm farm with a consistent yield of worm juice.

The worm juice I harvest from these bins is already doing amazing things in my garden — it’s very easy to see the difference in the flourishing veges and flowers, and the texture and richness of the soil. The Hungry Bin does come in one of those ‘assembly required’ packages but this is very easy to do, especially if you don’t bother with the wheels. After struggling to add the wheels to my first one, I didn’t bother trying to add these to my second one. However, it is a two-person job to move the bin without the wheels.

The downside of the Hungry Bin is the cost. At $349, they are a significant investment. And that’s before you buy your worms. You can buy a box of live tiger worms from Bunnings for around $49, or you can order them online for a bit more (due to postage costs). The Hungry Bins come with a 10% voucher for online purchase of worms.

Savings you can make: I wouldn’t bother with a worm blanket. My worms seemed to get caught up in it and they’re hard to untangle. Wet newspaper and/or cardboard work well as a top layer to keep the worms’ environment dark and moist. I also wouldn’t bother with Worm Farm and Compost Conditioner. Just buy a bag of budget garden lime to mix in with compost to deal with any acidity issues.

One thing I had to learn the hard way was to be patient when you first install worms in your bin. If you buy a box of worms you will be getting a young population, and it will take a few months to get to the point where they are munching through a solid amount of food every few days.

You don’t want to have excess food sitting around decomposing and becoming increasingly acidic, because worms have sensitive skin and will recoil from that. (You can fix this by adding lime mixed with soil or compost, as mentioned above.) This is a good thing to do if you see a lot of little white worms in your bin — they’re not baby tiger worms. They won’t do harm to your tigers, but they are an indicator that your bin needs a pH readjustment.

I also have a Worm Café. This has been a real learning curve. The benefit of this option is it’s much cheaper ($115). However, you will need to do more heavy lifting of the different trays, so avoid this option if you have any issues with your back.

After quite a bit of trial and error, I have opted to treat the two bottom trays as ‘other rooms’ of the worm house, and not to put food here other than a bit of pea straw. Worms don’t always want to be eating or gliding through food for 24 hours of the day. They also like bedding areas, where they reproduce, and to lay their eggs 30-40 cm below the surface.

If you choose the Worm Cafe option, it’s a good idea to check the collector tray once a week, and to rescue any worms that have slipped through into this wetter environment. I put some pea straw in here, serving as both bedding and as rations to get them through the days before I check on them.

On balance, I don’t think the worms in my Worm Café process food as quickly as the Hungry Bins. They seem to spend most of their time chilling out, evenly spread out in the two bottom trays.

Your population of worms has the capacity to double every six to nine months. However, if there is not enough food for the population, they slow down their reproduction rate to avoid over-competition for food. However, if you want to encourage them to keep reproducing, you can get another worm farm …

If you’re worried about not having enough food to sustain multiple worm farms, layer pellets for chickens are a good supplement (sprinkled on other food). These seem to be a preferred food, vanishing almost as quickly as I add them. They cost about $11 for a 10 kg bag from the supermarket.

Here’s where my fourth worm farm comes in. (I know, it has become a bit of an obsession!) This is a Worm Feast, which is an in-ground worm farm. It’s a cylinder with an open end at the bottom and a lid on top, and some holes along its length. You dig a 40cm deep hole in your garden, add some bedding material and soaked cardboard, make sure it’s a moist environment, then add your worms. Leave them for a day to settle in, then add some food, adding more food and water as needed.

The idea is that the worms come to the cylinder to eat, but are free to come and go in your garden the rest of the time. Instead of harvesting the worm juice and the castings, they distribute this in your garden as they move through it.

The upside of this option is to avoid an over-proliferation of worm farms on your property while still expanding your worm population and gaining the benefits in your garden. An in-ground worm farm is also a cheap option for dealing with an expanding population (at $39) — and less visible, which is useful if your spouse is getting concerned at your place being overwhelmed by worms… (!) There is also a Worm Tower which is the same concept and is similarly priced (and doesn’t need to be assembled). From the reviews I read, the owners of Worm Towers were generally very happy with them, but did say the handle on the lid is not very sturdy, and often breaks.

The downside of these in-garden options is it’s a bit harder to check on your herd, particularly to know when to add more water, as most of the farm is hidden from view.

I would love to know which option the worms prefer! The funny thing is I fuss over the worms in the worm farms, but actually they are also thriving in the Tumbler compost bin where they get tossed around every few days and get the dregs of the food rather than the chopped-up selections of the ones in the worm farms.

As you can probably tell, I’m a big fan of worm farming alongside composting. But it is more time-consuming, so if you have too much on your plate already, you might want to stick to straight composting for now.

In addition to the global, local and household benefits of keeping food waste out of landfills, the unexpected side benefit of worm farming for me has been the psychological experience of being a farmer, even in an urban environment — checking on my herd and getting better at knowing what they need. As someone who spends most of my day working at a computer, I really like the grounding effect of the daily ritual of checking on them and adjusting the pH, the moisture levels, the food supply, the bedding conditions and the ongoing benefits of regularly harvesting the worm juice.

If you would like to learn more about the ins and outs of worm farming, here’s a link to the key insights I gained from ‘Worm Farming’ by Tori Luckhurst.

This article is included in Twinkl’s Eco-Friendly and Sustainability campaign, and is part of their article Some great ideas to be more sustainable in 2021.